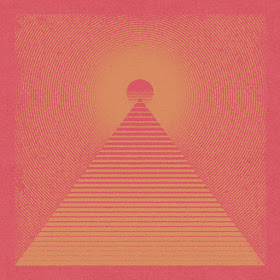 There is always something special about the moment you check out a band blindly and within two minutes they’ve already ticked every box, your foot is tapping and a riff has implanted itself in your brain for the foreseeable future.
Hailing from Adelaide Australia, OKO are an instrumental 3-piece that have already set their bar high with the one track EP Haze. You don’t often hear the term one track EP, but the 15 minute epic is my kind of one track.
The players are Nick Nancarrow (Guitar), Tyson Ruch (Bass) and Ash Matthews (Drums) and they bring you a long winding heavy psych jam.
Haze drifts in slowly and softly as though you’re floating out to see under the stars. Over the light percussion, the guitar takes you away, then back, then away again like the waves of the tide would, with Colour Haze being a good point of reference. Everything starts to build with an increase of cymbals before the introduction to one of the main riffs the song is built round, and as the riff really kicks in with its warm fuzzy power for the first time, I defy anyone not to be blown away by it.
Haze keeps rolling with the riff before it breaks for an alternative riff before launching back in. This is a trick that Elder have perfected and what you have here stands up with the best of them.
From here the deep fuzzy warmth of the song keeps rolling along before various musical interludes with breaks and musical depth that has the emotive feel that Rotor have delivered over the years.
As Haze comes to a close, the last couple of minutes brings you some big soaring guitar solos which live, no doubt, would bring some heavy amplifier worship.
For a debut song, this is already head and shoulders above what many others have tried to perfect and if this was on a full record, Haze would be their Dead Roots Stirring.
I also have to mention the quality production of the song, mixed by Justin Pizzoferrato (mixer of Elder and Dinosaur Jr).
Haze is available on all the digital platforms and hopefully it appears on something vinyl in the future as its one of those songs that made to be played at 33rpm.